“Can I take your picture?”

I’d like to share a story with you, the story behind this picture of a little boy who lives in a small village in India.  I just came across it earlier today while looking for another photo I needed for a job that I was working on. I forgot about this photo… it’s been lost amongst so many photographs I took in September and October of 2009 when I was in India. I haven’t had a chance to do much with a lot of the travel photos I’ve taken over the past 3 years. 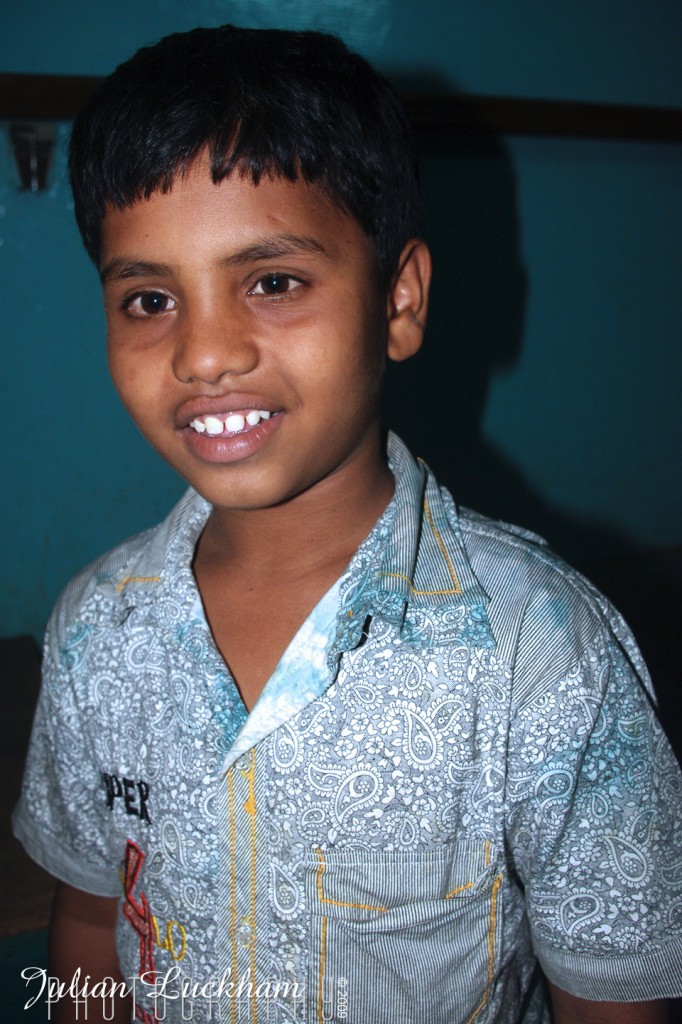 I want to share this story, because it was one of many moments on that trip that moved me out of myself and into a place that I found hard to understand. When I took this photo, I had already been in India for ten days, I was getting used to a lot of things, and had already experienced a number of moments similar to the one I was about to experience. I had already had phone calls back home where I found myself telling of my experiences and crying, because I was unsure of how to take it in, how to absorb it all. On this night I had just arrived in Pune from Ahmedabad in the north west of India. It was a short flight and I was met at the airport by my personal driver who drove me straight to a meeting in a small village outside of Pune that they wanted me to shoot photos of. The meeting was a Patients Rights Forum to discuss the right to free health care for Waste pickers living below the poverty line. These women were meeting with a group of health and social activists and people representing various organizations to talk about their rights. It’s hard to imagine in our culture that there are people who don’t realize that they have rights when it comes to getting proper health care. The whole meeting was in Gujarati, the native language of the Indian state of Gujarat, but a woman would stand with me and translate pertinent bits of information so I wasn’t completely in the dark. At one point, an Indian man of some importance was saying something in quite an animated fashion and was getting a great response from the women in the room. My translator told me he was telling the women that “these Doctors, they are not Gods!” He was letting them know that not only do they have a right to medical health care from these Doctors for free, but they can also ask them questions about anything. And these Doctors must give them answers and make sure they explain everything in a way they can understand. Anyway, it’s not the meeting I want to tell you about, it’s this little boy I want to tell you about. 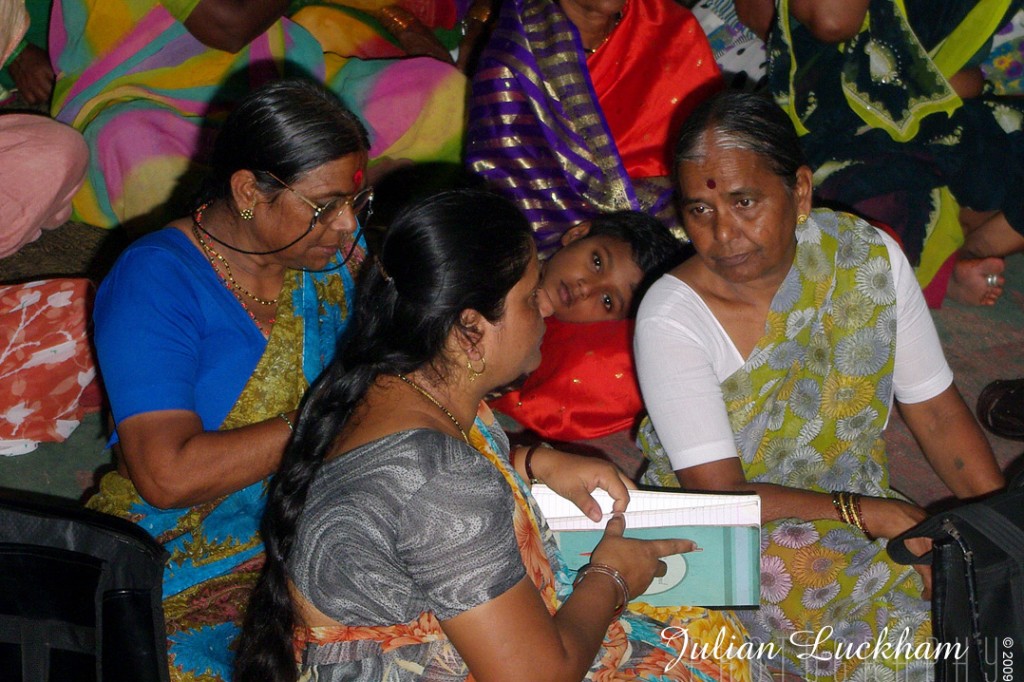 As the meeting was beginning to wrap up this young boy gravitated towards me and seemed quite taken with me, watching every move I made, he was fascinated with my camera. We spoke to each other, but clearly neither of us knew what the other was saying. So I took a photo of someone in the meeting and then showed the boy the photo on my camera screen. You should have seen his eyes! I’m sure this was the first digital camera the boy had ever seen. I indicated to him that I could take his picture if he wanted. He immediately backed up a little bit and stood straight and smiled at me. I took the photo and showed him. He laughed and said something, he was very happy and very thankful. I don’t know what his words were but he couldn’t say enough to let me know how excited and happy he was. We parted at that point as I had other photos I needed to take. As every one was leaving I saw the boy with a man who I took to be his Father, so I walked over and touched the man’s shoulder. When he turned around, knowing that he probably wouldn’t be able to speak English either, I just lifted my camera to show him the photo of his son. I wasn’t ready for the response! I saw the tears in his eyes, he grabbed my hand and shook it vigorously, he was even happier than his son about this westerner who took a photograph of his boy. We weren’t able to communicate, the only word of English he knew was “Thank you”, which he spoke several times, yet we did communicate, I acknowledged his gratitude and let him know how grateful I was to be there and to have taken this photo of his boy.

It took me a while to absorb what had happened. I was told later that it could very well be the first photograph anyone had taken of him, and at the very least it was the first photo taken by a visitor from so far away and that the thought that this photo would be seen by people in Canada was very exciting and a moment to be proud of. I was glad to be the one to take this photo! All my photos were sent to the organization I took them for, and I hope that one got to the home of this little boy!

I hope you like my story and photo… I’m going to try to post some more of these lost photos, here in my lost and found for people on the edge of the night.

© Copyright, Julian Luckham, 2012/2009, All rights reserved. This photo/artwork and story should not be used in any way without my explicit permission.