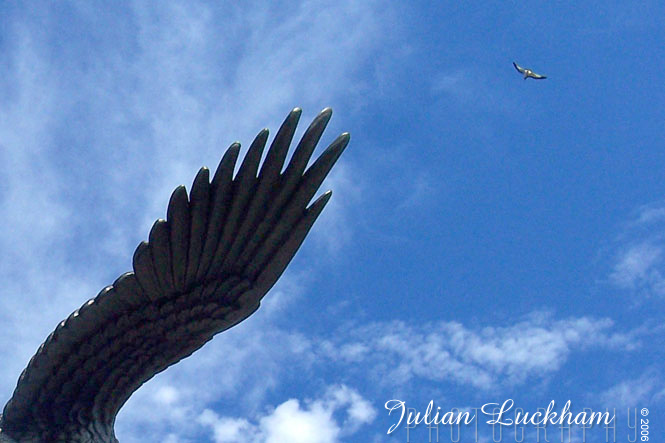 a feeling of hope…

If I had hands
instead of wings
You and I would do
so many things
We would dance
We would sing
We would make love
and thus find
Our own piece of heaven.

I wrote this five years ago, it was written to go with the photograph I use for my blog, and was posted at my original blog, which I recently decided to rebuild in it’s new home here. The poem was written with a feeling of hope and from a place of determination, a feeling and a place I find myself in once again….

Photo: The Ottawa Memorial, a monument in Ottawa, Canada that “commemorates by name some 800 men and women who lost their lives while serving or training with the Air Forces of the Commonwealth in Canada, the West Indies and the United States and who have no known grave”. © 2006 Julian Luckham