New York’s a go-go and everything tastes nice

Jump to Video and Slide show

It was announced last year that a Tribute Concert would be held at the end of March at Carnegie Hall in New York City with all proceeds going to organizations involved in music in education. David Bowie was invited to attend and play, he supposedly accepted the invitation to attend but not perform. Coincidentally tickets for the show went on sale the morning of January 11th, only hours after the news of David Bowie’s death. I was already poised to try and get tickets for the show on-line but they sold out very fast and I did not get tickets. Carnegie Hall only seats 2,800. A short while later it was announced that due to demand a second show would be added, but the second show had to be at a different venue as Carnegie Hall was already booked. The second show was booked at Radio City Music Hall and would have some of the same artists playing plus more. Radio City seats 6,000 so my odds of getting a ticket doubled! I was on-line and ready before the tickets went on sale, working with two computers I just kept trying to get 2 and 4 tickets and was failing miserably. I changed the computers to get 1 and 2 tickets, and I managed to get and purchase one seat. I continued to try and get a second seat and succeeded. The funny thing was that the two tickets were side by side, not sure why they didn’t come up when I was trying for 2! 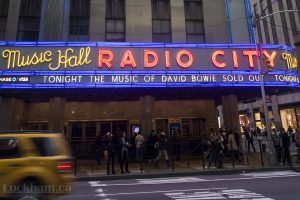 Tickets in hand, I kept it quiet until I knew who would be able to come with me. My daughter was my first thought but she already had plans for a trip to Boston later in the month. My good friend John Rowlands was the first person I asked as he was David’s official photographer on 3 tours and a personal friend to David. John was not able to make it work, so I asked my friend Steve Thomas, who is a fellow Bowie fan and musician. I called him up and told him about the show and that I managed to get tickets, and he was excited to go and to spend some time in New York City where he lived for six years. I told him the show was April 1st and we had pretty good tickets in Row RR… silence… “Oh, Oh… RR… Arrr Arrr, I get it… a bit early for an April Fools joke don’t you think?”. I promised him, this was not an April Fools joke, in spite of how it sounds! Then we started to put together the plan, driving down on the Thursday and staying for three nights, driving back on Sunday. We combined visiting with friends and colleagues of Steve’s with checking out some of David Bowie’s favourite spots in New York City and catching the show Friday night. Now all we had to do is wait… and watch as artist names were being added to the list of performers. 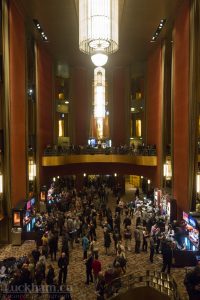 The first confirmed artists for the two shows were The Roots, The Mountain Goats, Cyndi Lauper, Jakob Dylan, Bettye LaVette, Ann Wilson of Heart, The Polyphonic Spree, Perry Farrell, and “surprise guests.” Bowie’s longtime producer Tony Visconti was to put the house band together. Over the coming weeks names were added, modified and dropped Laurie Anderson, Robyn Hitchcock, Michael Stipe, Pixies, Cat Power, Debbie Harry, Mumford & Sons, Amanda Palmer, Nancy Wilson, J Mascis, Bette Midler, Choir! Choir! Choir!. As names started to differ from one show to the next I noticed Debbie Harry was playing Carnegie Hall but for Radio City it would be Blondie!! The Flaming Lips and Rickie Lee Jones were added to both shows, Mumford & Sons were added for Radio City Music Hall. Patti Smith appeared and quickly disappeared, Bette Midler was dropped. Esperanza Spalding, Ron Pope, Kronos Quartet (to play with Jherek Bischoff, Amanda Palmer & Anna Calvi), Donny McCaslin with Mark Guiliana, and Jason Linder were all added. This was really coming together with some really solid artists! Rumours were doing the rounds, Paul McCartney, Mick Jagger, Elton John… but they were quickly shot down by their managers and the producer of the show. As show time approached, The Roots dropped out. The final line-up for the Radio City Music Hall show and set list was as follows. 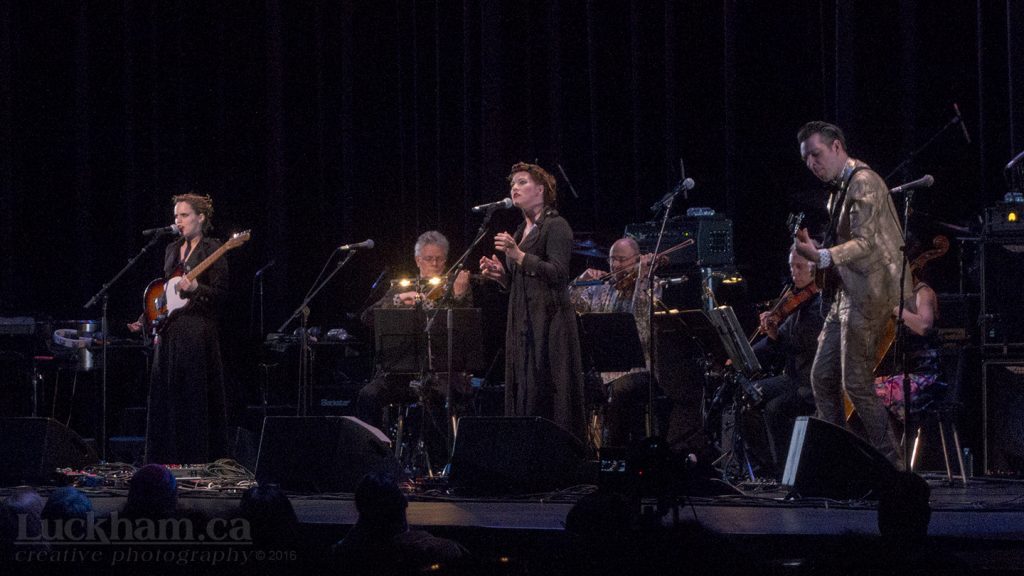 The show was brilliant and the standout performances were without a doubt Amanda Palmer, Jherek Bischoff and Anna Calvi with Kronos Quartet performing ‘Blackstar’ (above) and Michael Stipe with Karen Elson performing ‘Ashes to Ashes’. The slide show below includes photos of the show and our Bowie related visit to New York City, where Bowie lived for over 20 years. If you’re in New York, be sure to visit David’s favourite cafe, Cafe Reggio, not only for the ambiance and the connection to David but for the fabulous breakfast and the best Cappuccino! Enjoy and please leave a comment, share your feelings on the passing of David Bowie. Were you at either of the Tributes? Have you been able to catch any other tributes? And take a moment to read my other Bowie related posts here. Thanks for taking the time to read my post and view my photos.

Video and Photo slideshow
Here’s a video I shot of the closing number “Space Oddity” performed by Choir! Choir! Choir! with the NYC Youth Choir and the entire audience and my photos from the show with some Bowie related locations around New York City.