Star Trek: The Night Before Christmas 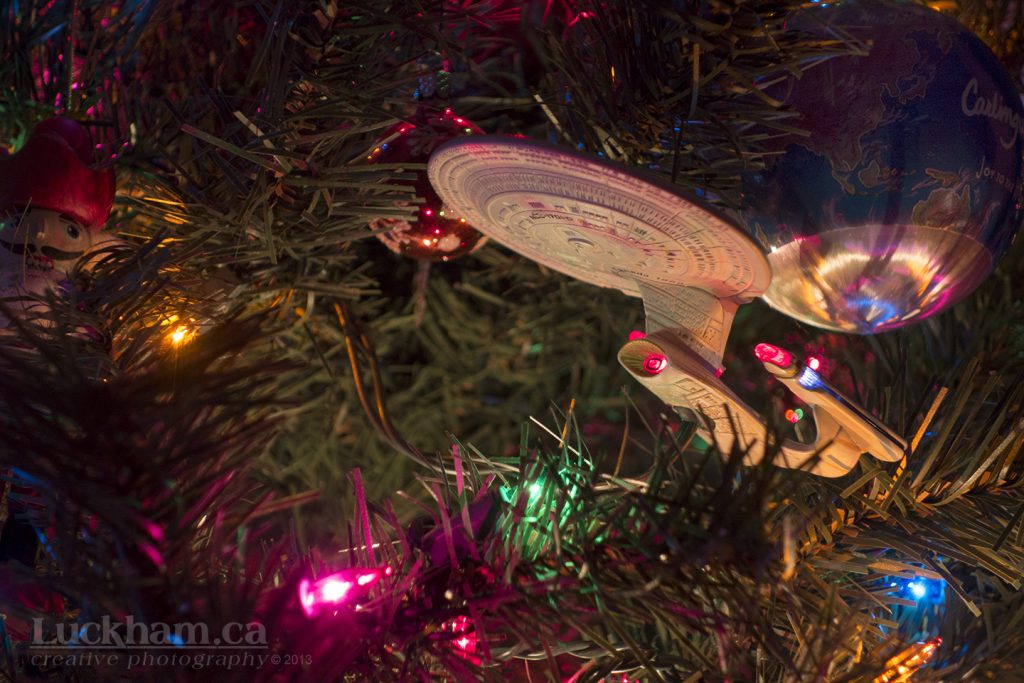 You know when the Enterprise arrives in the evergreen nebula and establishes orbit around a plastic Earth like planet that Christmas is coming…. this year however, the Enterprise has arrived in response to a distress signal from an unknown Starfleet vessel but, due to the bright lights of this area of space, has not been able to establish visual contact. 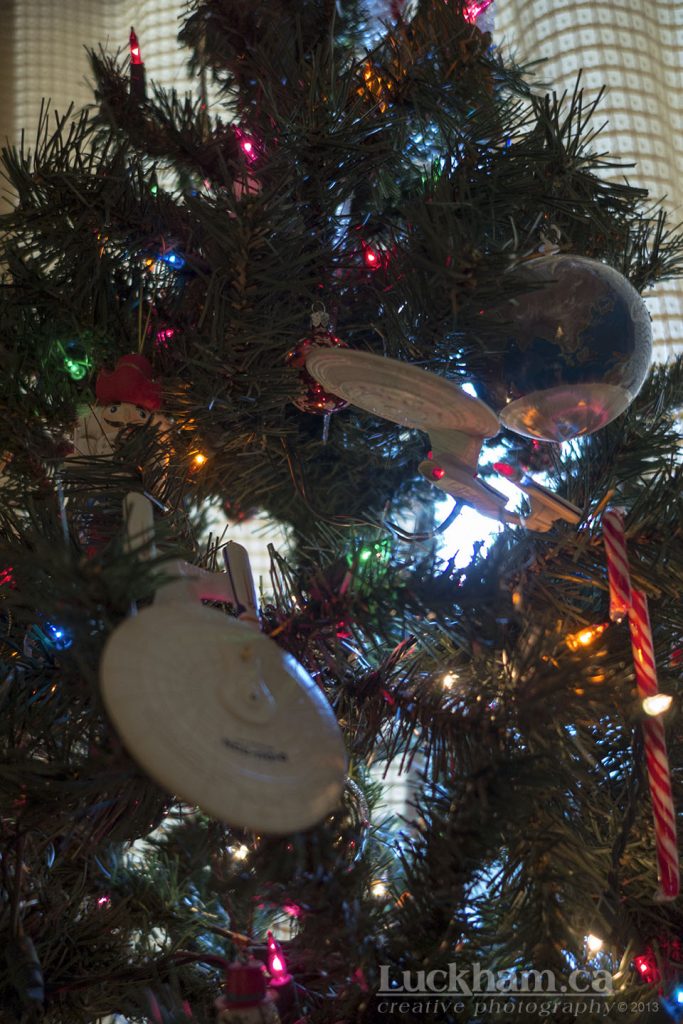 After entering the Meridian Sector in response to a Starfleet Distress signal, and establishing orbit around an Earth like planet in the Festivus Galaxy the Enterprise encounters a derelict ship…

Mister Data: No lifeforms Captain and no power signature of any kind. Captain, she seems to be a Galaxy Class Federation ship!

Picard: Are there any visible markings.

Data: Captain! This doesn’t make sense… That ship is the U.SS. Enterprise!

Counselor Troi: Captain, I sense a presence… We NEED to LEAVE… NOW!

Picard: Data! Get us out of here! Head for the Candy Cane Cluster! 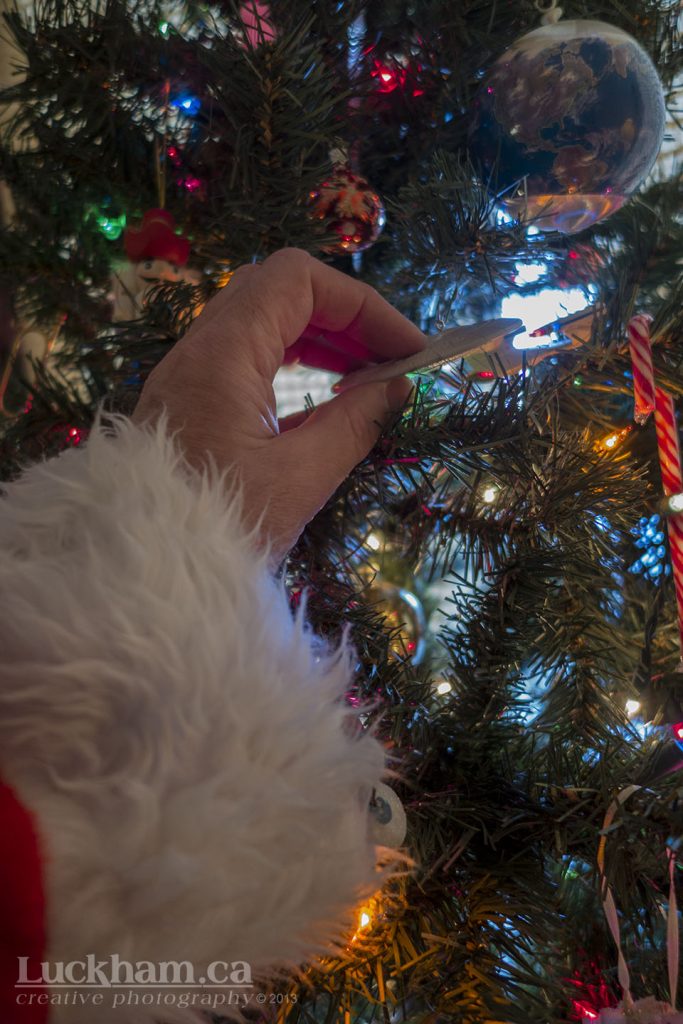 After responding to a distress call the Enterprise crew discovers a disabled duplicate version of the Enterprise. After Troi senses a dangerous presence Picard orders Data to get the ship out….

Data: I don’t know Captain, we seem to be in some kind of a tractor beam.

Mister Worf: Locked and loaded sir, all phasers ready on your order!

Data: Captain… Forward Screens not functioning Captain, I’ve launched a remote scanning drone… it should be on screen…. Now!

Troi: We’re too late Captain, this was a trap and I sense that this ‘entity’ is amused by our predicament!

Commander Riker (arriving on the Bridge – looking at the screen) : Captain… what is it?

After responding to a distress call the Enterprise is caught in some kind of trap, something Captain Picard recognizes and has ordered Data to check the historic records for Earth in the 20th Century…. 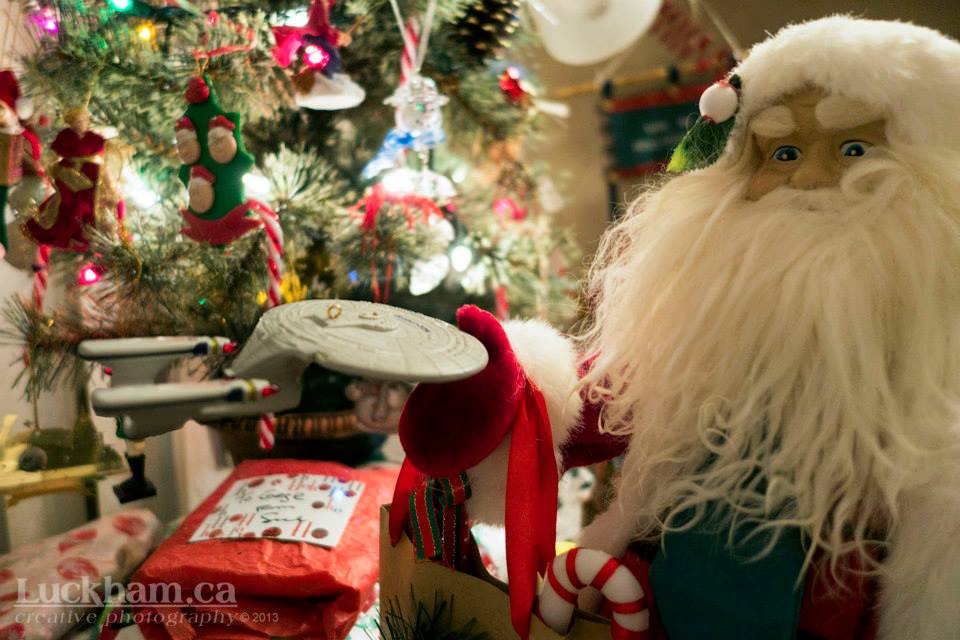 Data: Santa Claus is a mythical figure with legendary, historical and folkloric origins who, in many Western cultures, is said to bring gifts to the homes of the good children on December 24, the night before Christmas.

Riker: Are you telling me that’s Santa Claus?

Picard: That’s what this being wants us to think… Data, with me… Dr. Crusher meet us in the transporter room, we’re beaming over to the other ship. Will, get life support on line on that other ship.

Riker: It’ll be on-line before you arrive Captain.

Picard (staring at Riker for a moment) : I should hope so

After responding to a distress call the Enterprise is caught in some kind of trap by an entity that looks to be Santa Claus from 20th Century Earth.

Captain Picard, Dr. Crusher and Data have beamed aboard the disabled Enterprise at the exact moment Santa Clause appears

Picard: Who are you and what are you doing with this ship?

Santa Claus: Who am I? I thought that was rather obvious!

Dr. Crusher: You look like Santa Claus but he has been known to be a mythological figure for centuries now.

Santa Claus: And how do you explain not only my being here right now, but the long lasting belief in me, especially by young children on Earth!

Data: That belief is only perpetuated by a small number of parents on Earth who insist on repeating the stories of Santa they were told, to their own children in hopes that they will behave throughout the year!

Picard: Enough of this, you’re as much Santa Clause as I’m… as I’m Ebenezer Scrooge!

Data: Ebenezer Scrooge was a character in Charles Dicken’s…

Picard: Not now Data! Now, “Santa”! Who are you and what are you doing with this ship! 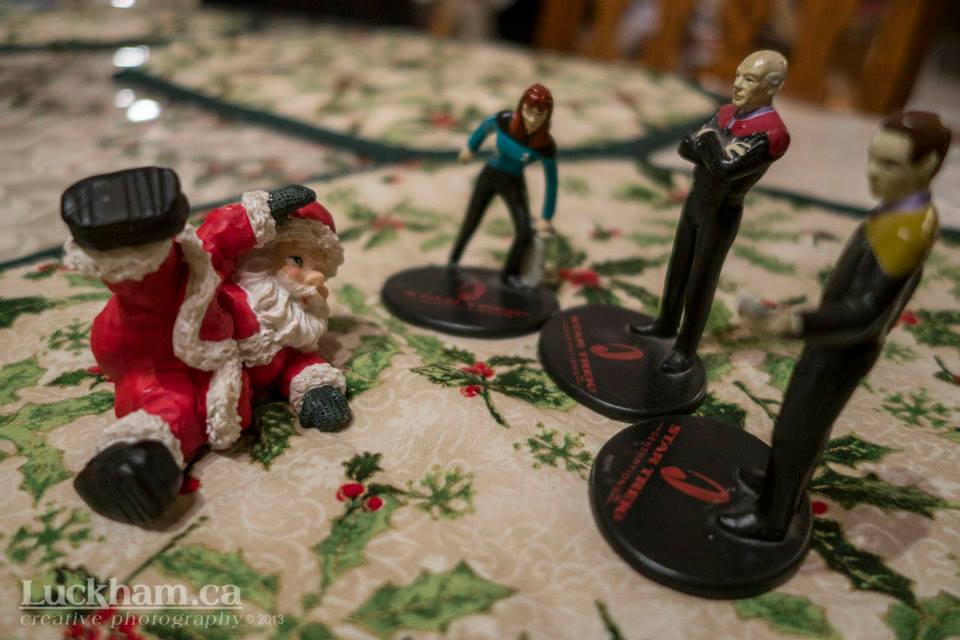 Santa Claus (falls to the floor in fits of laughter) : Ha- ha -ha! Jean Luc you are such a stubborn man!

Santa Claus: Ah Mon Capitan… there’s no pulling the wool over your eyes! So tell me this Jean Luc, if I’m not Santa Claus, who do you think could possibly deliver presents to all the children of Earth and many other planets in a single night?

Picard: Don’t be ridiculous Q! There is no such thing as Santa Claus!

Santa Claus: Come now Jean Luc… you’ve seen what I can do…

Riker (over Picard’s Communicator) : Captain, we need to beam you back right now! The ship you are on is moving out of orbit!

Picard: What’s going on, I thought Data said the ship has no power?

Riker: She doesn’t Captain, and you’re just going to have to believe me on this sir, but the ship is moving… Worf – Beam the Landing Party directly to the Bridge!

The landing party materializes on the Bridge of the Enterprise to see a sight impossible to believe without seeing it first hand… the Enterprise under way, being pulled by Eight Reindeer…

All the crew stare at each other, not wanting to be the first to acknowledge what they are seeing.

But they all heard him exclaim, as he drove out of sight,

Happy Christmas to all, and to all a good-night!