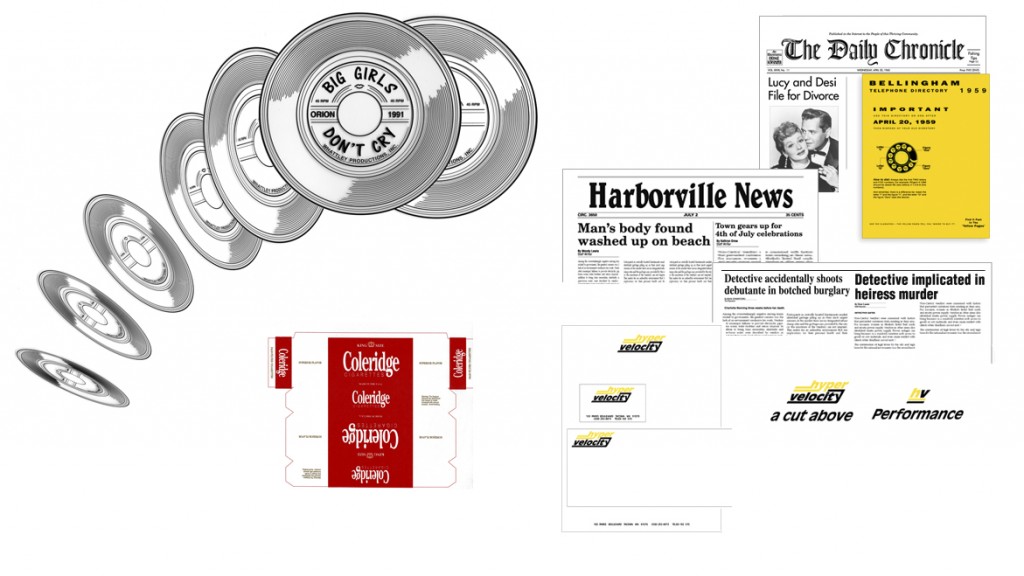 Luckham Creative started doing work for film and television in Vancouver during it’s heydays of the late ’80s and early ’90s, working mostly on TV pilots and made for television films. Some of the pilots were picked up by networks, thus bringing in additional work. Feature films were more rare, as the studios often had their own art department, but after getting to know a few art directors in Vancouver the occasional feature film would come our way. The work was mostly creating props, mock newspapers that required a specific article to appear on the front page involved creating a fictitious masthead and a believable page, a corporate logo and all that would be needed for a fictitious company, even a sign for the front of the building, and a lot of small detail items to help the television show or film look as real as possible, remember this was before the days of product placement, so the brand of smokes the character had to have couldn’t be real. 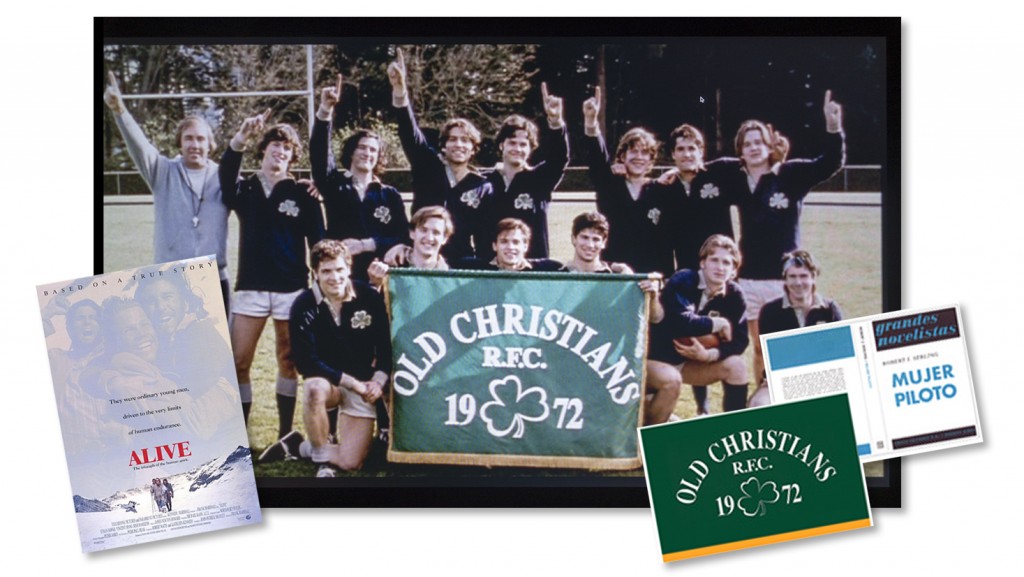 Just a few props created for the Theatrical Release ‘Alive’

So, if you have a film project, be it a short film, feature film or web series, we’d love to work with you.

excellent work and the high quality of service

As another show comes to a close (Bill & Ted’s Excellent Adventures), I would like to thank you for your excellent work and the high quality of service you provide. It is very much appreciated. I’ll be talking to you again on the next show.

tackled all projects with enthusiasm

I have been a client of (Luckham Creative)’s for approximately two years. Julian has during that time tackled all projects with enthusiasm and with consideration to my sometimes complex and specific needs. Julian has always accommodated the sometimes hectic scheduling of our local film industry with prompt and efficient service. I would highly recommend his company for any design related projects.