What if… in your worst nightmare…. 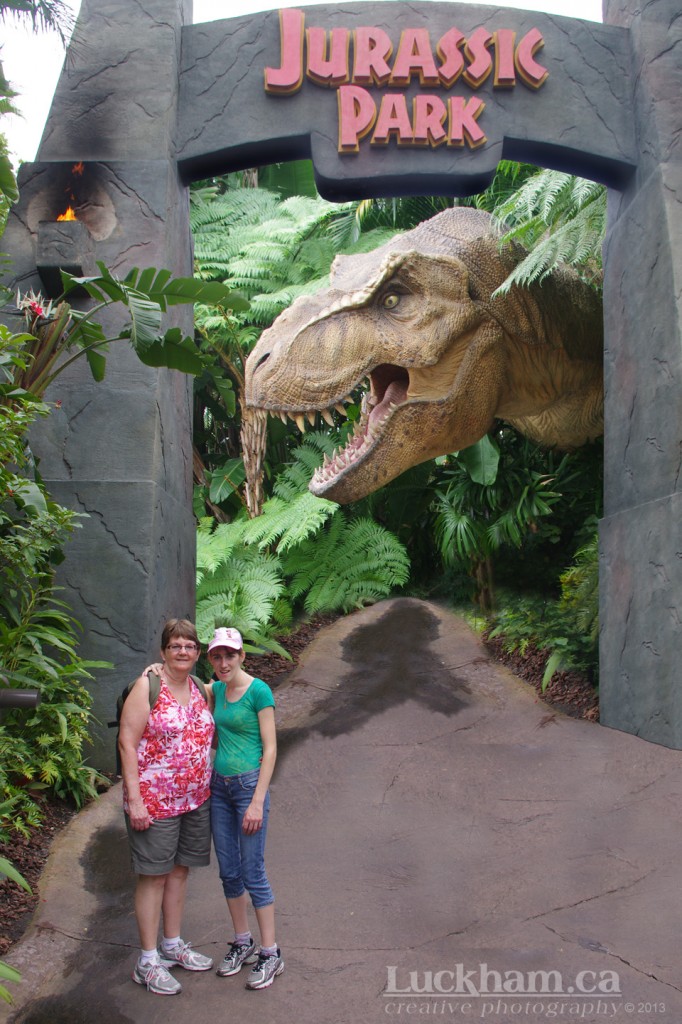 Have you ever had something really scary happen to you in real life? You know, the kind of thing you pretty much only see in movies? If you have, did seeing something like it in a movie prepare you to deal with it in real life?

Jurassic Park opened this weekend in theatres… no this isn’t a 20 year old post, we’re talking Jurassic Park in 3D! This movie, hopefully lends itself to the 3D experience more than a lot of movies that have been re-released in 3D. In some countries the films rating has increased due to it being in 3D, so that means to some it is now a scarier film in 3D! I don’t know about you, but I’m going!

Last year we went to Universal Studios in Florida and of course had to see the Jurassic Park exhibit, which was a lot of fun actually… there were a few moments that made you jump… I got Caitlin good walking through a jungle area. I discovered they had motion detectors that triggered a T.Rex sound effect, so I took Caitlin for a nice Father/Daughter walk!!!

This is my What if Weekend Photo Illusion for week 49 of my 52 Weeks Project! Thanks to Sue and Caitlin for unknowingly participating in one of my photo illusions. And if you’ve never had anything really scary happen to you, as you can see above, I can arrange something for you! 🙂

This 52 Week Project is part of a new endeavour of mine I call Photo Illusionism, one photo illusion every week for 52 weeks, check out the web site and “Like” my page on Facebook. And remember, if you want one of your own photo illusions, send me a message and let’s talk… I have 3 more to do!