What if… it can be friends forever! 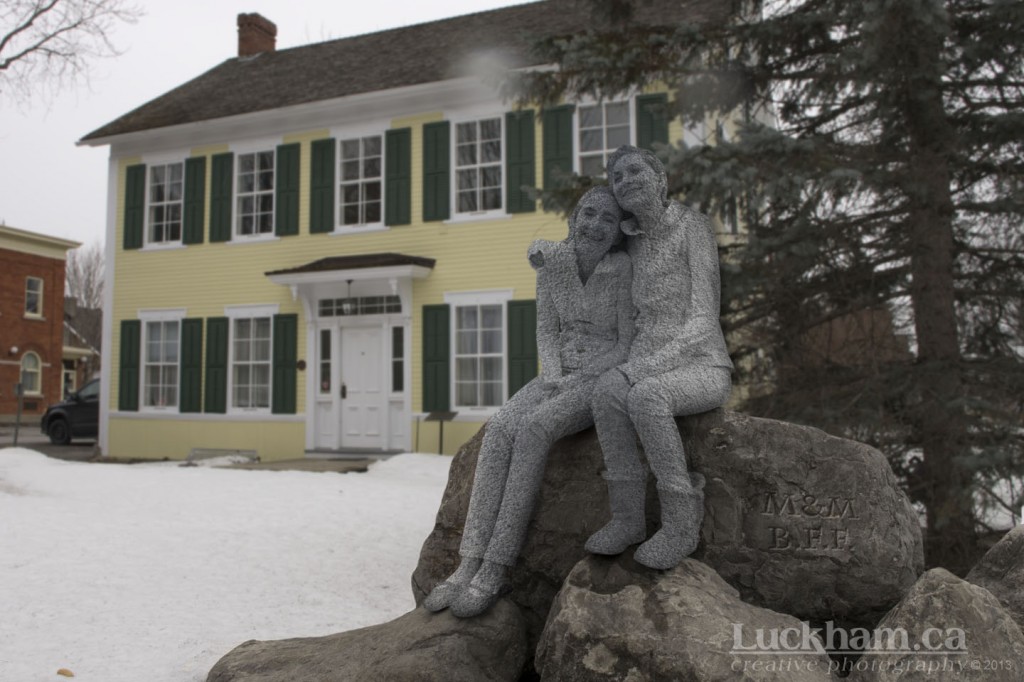 Marissa and Margaret are B.F.F.s, best friends forever. They asked if I could think of a photo illusion that would illustrate that. I thought, what better way to honour a friendship than to have a statue built that will stand forever as a testament to that friendship! So here we have M&M, B.F.F.s outside Dickinson House in Manotick where they have volunteered together as Tour Guides for the past two summers. Marissa and Margaret have been friends since they worked on a project at school back in 2011, as Marissa says, “We became best friends instantly”. Even their Mom’s think of them as two peas in a pod, and often call one by the other’s name, just like true siblings.

As we’ve all experienced, friends come and go… a friend of mine likes to say “People come into your life for a reason, a season or a lifetime.” And that’s true, when you make friends with someone you never really know how long that friendship will last, so you just try to make the best of it while you can. Sometimes we are parted by geography, sometimes a disagreement, sometimes by death and other times, because it’s just time to move on. Regardless, each of those friendships adds something to our life and we come away richer for having been friends. So in my mind, even a friendship that has run it’s course, for whatever reason, is a forever friendship, as it has left it’s mark on you forever.

So who was your best friend at this age, and are you still friends? My best friend was Kevin, and our friendship still lasts to this day, though he lives in Belgium and we rarely see each other and with life’s responsibilities we don’t communicate anywhere near as much as I would like. Kevin and I first met in 1964 in West Vancouver and I last saw him in Belgium about 2 years ago, he and I have a friendship that has survived travelling together (including camping), being apart for very long periods of time (as a kid I moved a lot!) and even fighting over the same girl. LOL! Kevin was my music buddy, photo buddy, drinking buddy, my best man when I got married, and Godfather to my daughter Caitlin. I hope to visit with him again some day soon!

Share your BFF stories here, I’d love to hear them!

This is my What if Weekend Photo Illusion for week 48 of my 52 Weeks Project! Thanks to Marissa Kimberley Clark and her BFF Margaret Cameron for participating in another of my photo illusions and thanks to Catherine Mary Clark for your help.

This 52 Week Project is part of a new endeavour of mine I call Photo Illusionism, one photo illusion every week for 52 weeks, check out the web site and “Like” my page on Facebook. And remember, if you want one of your own photo illusions, send me a message and let’s talk… I have 4 more to do!