What if… we need a hero!

I think we’ve all been there in one way or another… rounding up friends for a game of baseball, street hockey or maybe just a get together of friends. Maybe you’ve tried making a film and put word out for auditions for your next great short film or maybe a feature. Maybe you’ve taken on a more serious volunteer endeavour, manning phone lines for a fund raiser for a good cause, or finding some volunteer parents to accompany some school kids on a field trip. Or maybe… you had something even more serious… maybe you needed a hero… to save the world! 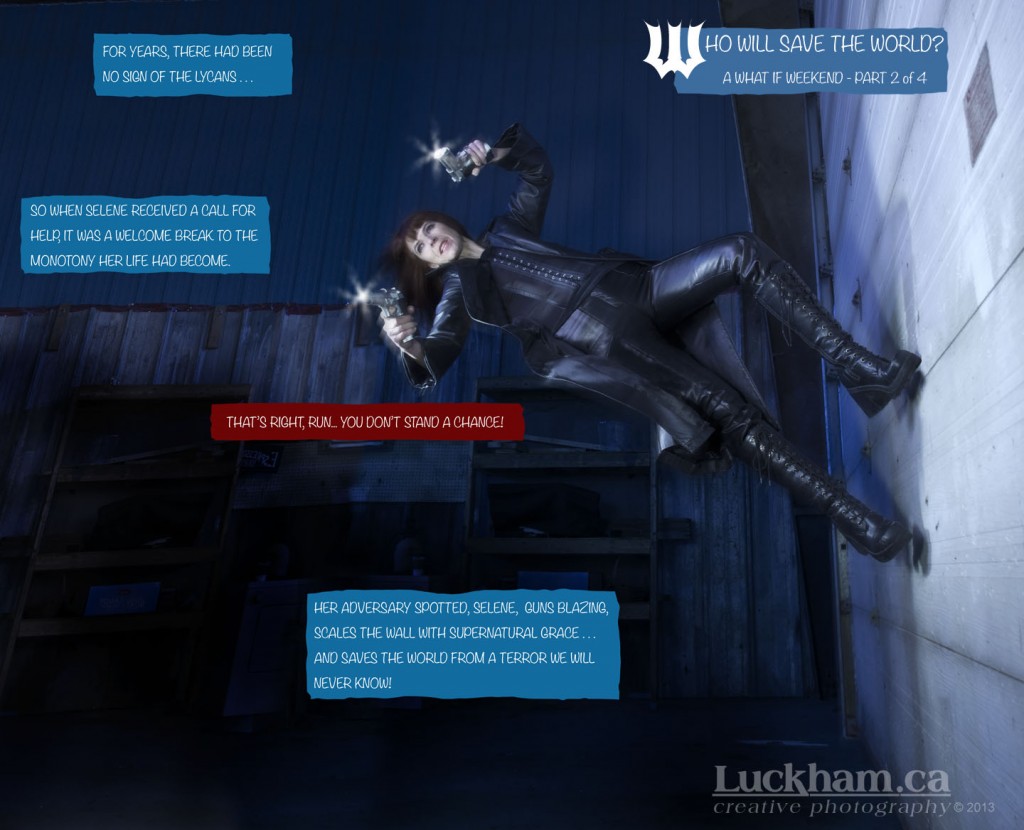 My thought here is what if those heroes, were too busy or just not interested, or maybe they feel slighted by something that happened, like the blockbuster movie no one wanted to make. I mean really, why has Wonder Woman not had her own movie? 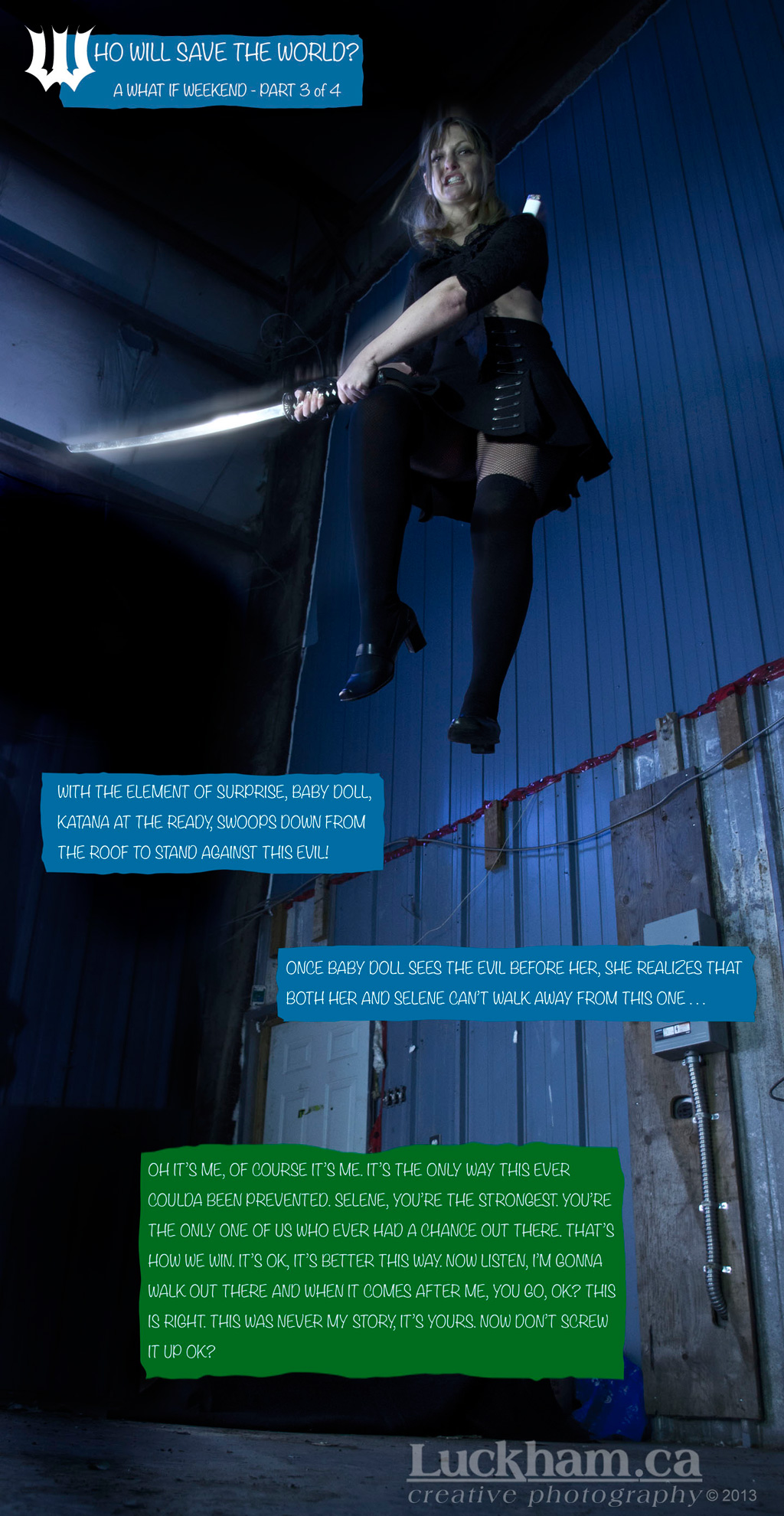 This Illusion just started out as another illusion, one about a group of women who band together to save the world, yet I did have some trouble getting enough heroes. Truth be told I didn’t even have a villain when I went ahead with the shoot. I’m not complaining mind you, it’s not like I’m trying to save the world or something! 😉 LOL! This didn’t begin as a four parter, it became one because the idea just grew and became more and more EPIC with the talents of the fabulous cast of heroes… thanks to all of you – you’re all my heroes!

I hope you get a kick out of this and maybe, just maybe… if someone calls YOU and says “Vee need you… the vorld needs you!”, you will heed the call! Stay tuned for Part 4! And the bad news… ya gotta wait for Part 4! OHHHHH – a cliffhanger photo illusion… who saw that coming?

This is my EPIC FOUR PART What if Weekend Photo Illusion for week 39 of my 52 Weeks Project! I’d like to thank Catherine Mary Clark, Allen Roulston, Jennifer Vallance and Claudine Vivian for participating in my Illusion and to Emil and Graeme Hay for all your help and to Anik Rompre for letting me shoot in her space… didn’t know you had Mission Control in there did you! Wait till you see Part 3, I had to adjust your ceiling a bit. 😉

This 52 Week Project is part of a new endeavour of mine I call Photo Illusionism, one photo illusion every week for 52 weeks, check out the web site and “Like” my page on Facebook. And remember, if you want one of your own photo illusions, send me a message and let’s talk… I have 13 more to do!