What if… you had to do it all, yourself. 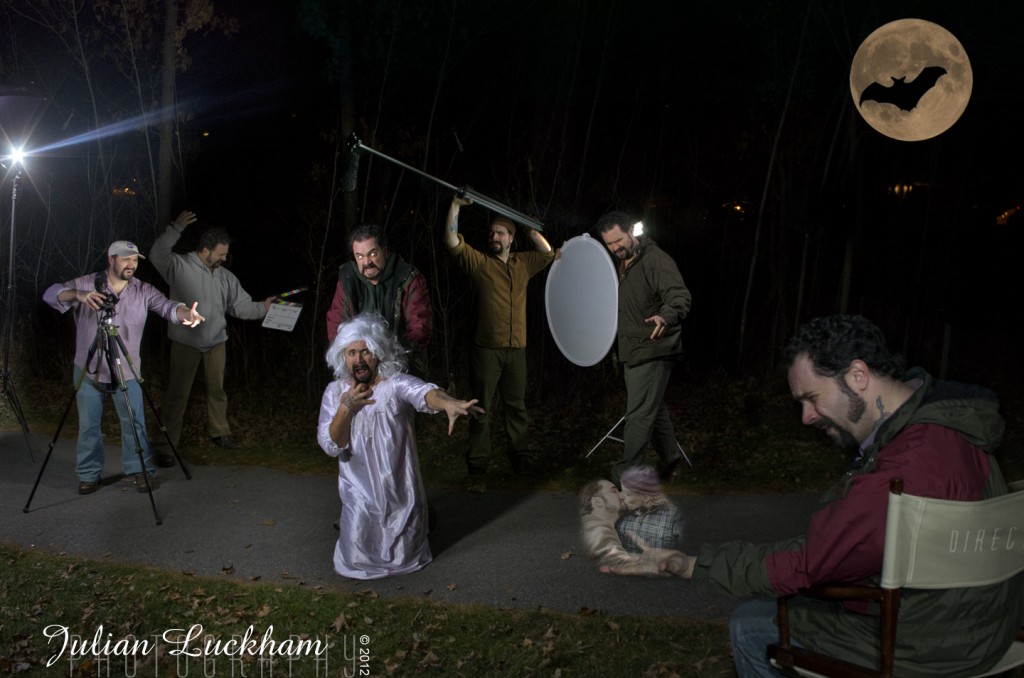 Sometimes it can be hard getting people to volunteer to help out on a project, whether that be a film, an illusion, a basement reno or something even more ambitious. So, what if you had to do it all, yourself? Would it turn out as you had planned? Maybe the lighting guy takes ill, and the sound man that worked on that feature film you really liked got a last minute paying gig that night, and the clapper loader has a hot date with one of the extras from your last film and your leads don’t even show up, it turns out the rumour you heard about something going on between them was true. So here you are, in the woods… alone! If you HAD to do it all yourself, would you be able to hold true to your vision, or would your drama/romance turn in to a dark comedy horror film?

As Robbie Burns once said…

LOL! Let me jump ahead, and continue in modern English…

“But little Mouse, you are not alone,
In proving foresight may be vain:
The best laid schemes of mice and men
Go often awry,
And leave us nothing but grief and pain,
For promised joy!”

It’s almost midnight a man is kneeling alone on the path, he’s wearing nothing but a woman’s nightdress and an old scraggly wig.

Reaching out as if to someone that’s not there…

MAN/WOMAN
“Cut! Okay, it’s a wrap! Can someone get me my clothes, it’s bloody cold in this nightdress… and get this damn wig off my head!”

A stranger appears, as if out of nowhere

STRANGER
“Hey beautiful, let me help you with that wig!”

CAMERA SWITCHES TO HANDHELD POV MOVING QUICKLY DOWN THE PATH

A woman’s scream is heard fading into the darkness

This is my What if Weekend Photo Illusion for week 32 of my 52 Weeks Project! Thanks to Mike, Jericho, Vincent, Michael, Graeme and Jen for participating and helping out with this illusion.

This 52 Week Project is part of a new endeavour of mine I call Photo Illusionism, one photo illusion every week for 52 weeks, check out the web site and “Like” my page on Facebook. And remember, if you want one of your own photo illusions, send me a message and let’s talk… I have 20 more to do!