What if… you’re trapped in the Twilight Zone! 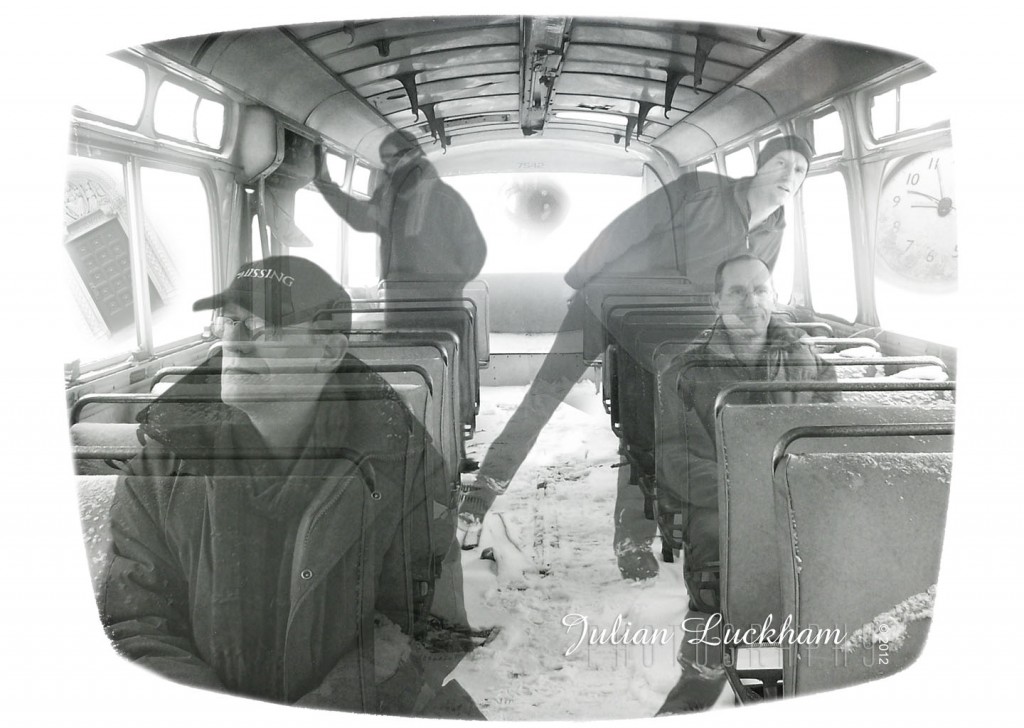 “There is a fifth dimension beyond that which is known to man. It is a dimension as vast as space and as timeless as infinity. It is the middle ground between light and shadow, between science and superstition, and it lies between the pit of man’s fears and the summit of his knowledge. This is the dimension of imagination. It is an area which we call the Twilight Zone.” (Rod Serling’s opening of Season 1 (1959–1960) of The Twilight Zone)

Submitted for your approval, a few bus passengers who embarked on different journeys a long time ago, unaware of how similar their journeys would be. They all missed their stop and are now trapped on a journey through a place not on any map, a place that has no measure of time, a place of no escape as the doors are all locked… these passengers are trapped… in The Twilight Zone!

If you don’t know the old 60’s TV Show “The Twilight Zone”, you may not fully understand all the elements of this Illusion, which is fine, after all… you are, in the Twilight Zone!

This is my What if Weekend Photo Illusion for week 31 of my 52 Weeks Project! This is an old illusion I did a long time ago, that I chose to revisit and re-envision… I hope you like it… the photo was shot at what was once known as the old bus graveyard, which no longer exists. A special thanks to an old friend who accompanied me on many trips… to the Twilight Zone!

This 52 Week Project is part of a new endeavour of mine I call Photo Illusionism, one photo illusion every week for 52 weeks, check out the web site and “Like” my page on Facebook. And remember, if you want one of your own photo illusions, send me a message and let’s talk… I have 21 more to do!