Check It Out Films

Check it Out Films is another creative endeavour of Julian Luckham of Luckham Creative.

If you’re in need of film work, anything from a simple video to a promotional piece or even a short film, I have the connections with the right people to do it and can manage the whole project for you.  I’ll post links to samples of all my work here at a later date, for now I’ve added a few links at the bottom of this page.

Background: In June of 2011 I shot my first short film, ‘Who’s in the Cage Now?’ with a bunch of friends. Later that year I began working on ‘Excrucior’, this was a passion project, something I’d been writing off and on for almost six years with the original intent of making a Photo Graphic Novel, but it evolved in to trying to make a feature film… the story is about immortals and vampires! What can I say, I have long had a fascination for Vampire Lore, from the classic Dracula stories and movies, to the ‘60s gothic horror soap opera, Dark Shadows, to Anne Rice’s The Vampire Chronicles. I have a collection of movies, books and various pieces of memorabilia, which most of my friends have just passed off as a strange aberration in my character. It’s not just any vampire stories and films though, it’s only ones that hold true to the ‘canon’ of vampires laid down in legend, folklore and by John Polidori and Bram Stoker, or ones that, if they strayed, they did so with respect and good reason. I won’t mention the stories/films that I feel haven’t done that, I’m sure you’ll recognize them glittering on the shelves or dripping sunscreen, but I don’t mind sharing the ones that do… as previously mentioned Anne Rice’s Vampire Chronicles and the films based on them, and recent vampire movies I really like are the 2008 Swedish film ‘Let the Right One In’ and the 2010 U.S. remake ‘Let Me In’, the 2012 film ‘Byzantium’ and probably my favourite vampire film to date, the 2013 film ‘Only Lovers Left Alive’.

I haven’t managed to get very far with my feature film, my day job always comes first, but ‘Excrucior – a story of the old bloodline‘, was submitted to the 2011 Digi60 Film Festival as a short film to test the waters so to speak. I still hope one day to work this in to a feature film as there is so much more for me to tell of the story of the Immortals and the Vampires. I’ll add more of my thoughts, plans and dreams here at a later date. I’ll also add more of my film work, promos and videos I’ve shot, it’ll be fun… and I hope you enjoy it. Meanwhile, if you haven’t noticed it above… click on the trailer above for my short film Excrucior, and if you’re intrigued check out the whole 9 minute short film below.

Excrucior – the original short film from Check It Out Films.

“Excrucior” is a film about an Immortal and a Mortal who fall in love circa 1890, and the torment that such a relationship could go through. Excrucior comes from a poem by Gaius Valerius Catullus called Catullus 85, which was introduced to me by Jennifer Vallance (Catherine). It suited the idea of my story perfectly, so I called my film Excrucior.

The film opens with the poem being sung by Catherine:

Translation:
I hate and I love. Perhaps you ask why I do this?
I do not know, but I feel it happen and I am torn apart.

Digi60 is Ottawa’s original Digital Film Festival that challenges Ottawa-area filmmakers to write and shoot a short digital film in 60 days. But there’s a catch, which changes every Festival! Filmmakers are given the same set of parameters for their films and it’s up to them to script their films around this “catch”. The catch for this year’s Scripted Stream – “Your film must include a passionate kiss that affects your character”. At the end of my short film is an explanation, as required for the festival submission, of the significance of the kiss in my film.

Cast: Jennifer Vallance, Julian Luckham, Michael Bigras, and Graeme Hay. Full credits can be found at the end of the film.

Here’s one of 3 promo films I did for the Sparta Film Festival.

and here’s one of many music videos I’ve shot myself, this one of Deep Purple at Bluesfest in 2015. 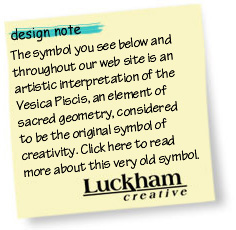