A new season of films for the local non-profit organization and Canada’s oldest film society, Ottawa Film Society, presenting their 81st season of films this year. Luckham Creative has proudly been doing their web site for 13 years now, we do a yearly overhaul for every season of films and have redesigned the site a few times over that period, and we maintain the web site on a regular basis, adding film review links as well as member voting of the films screened. There’s a pretty healthy Archive of films being built too if you’re interested in digging deep.

Check out the OFS web site, see what’s coming this season and maybe subscribe for a year of great films. 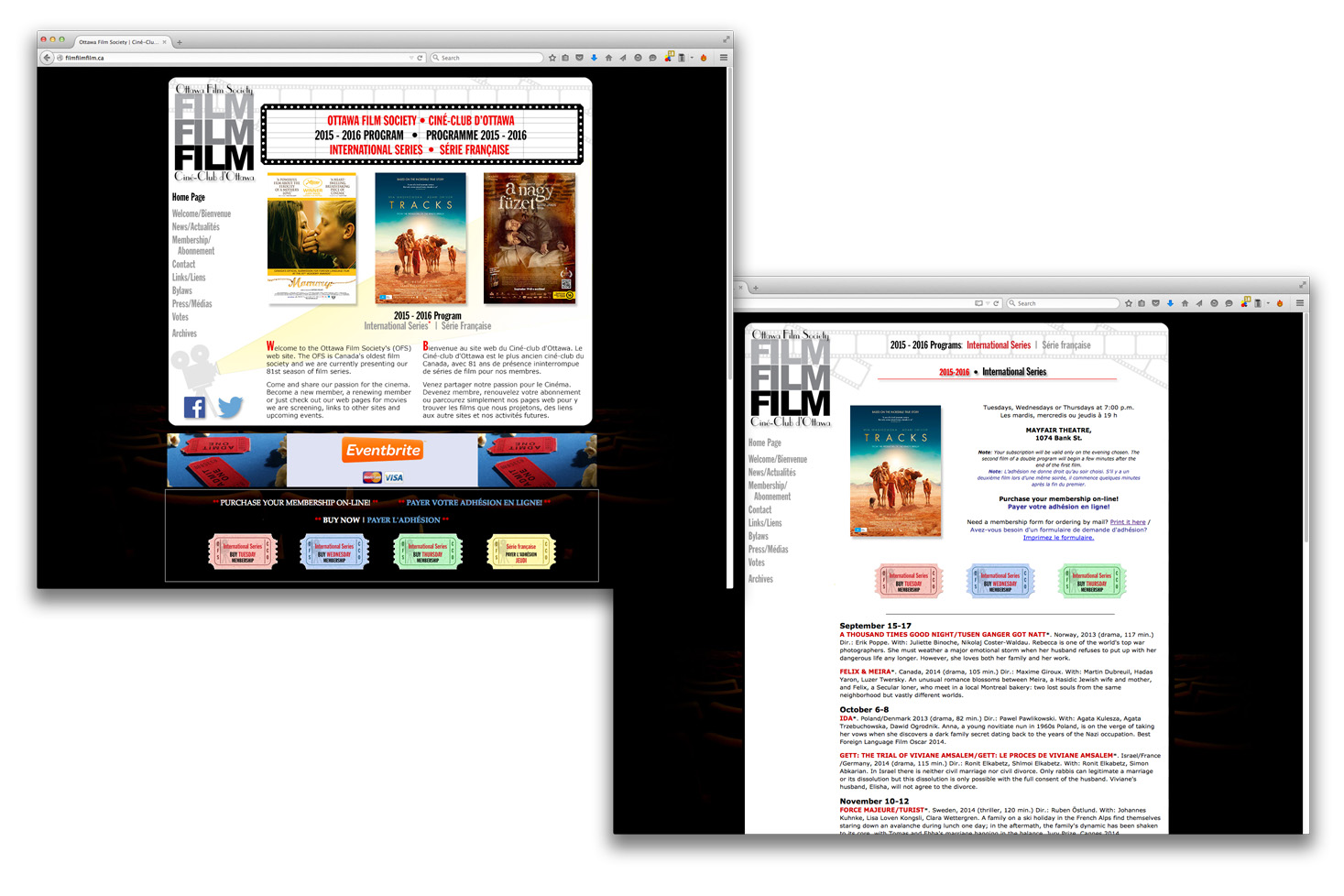