What if… they returned…. 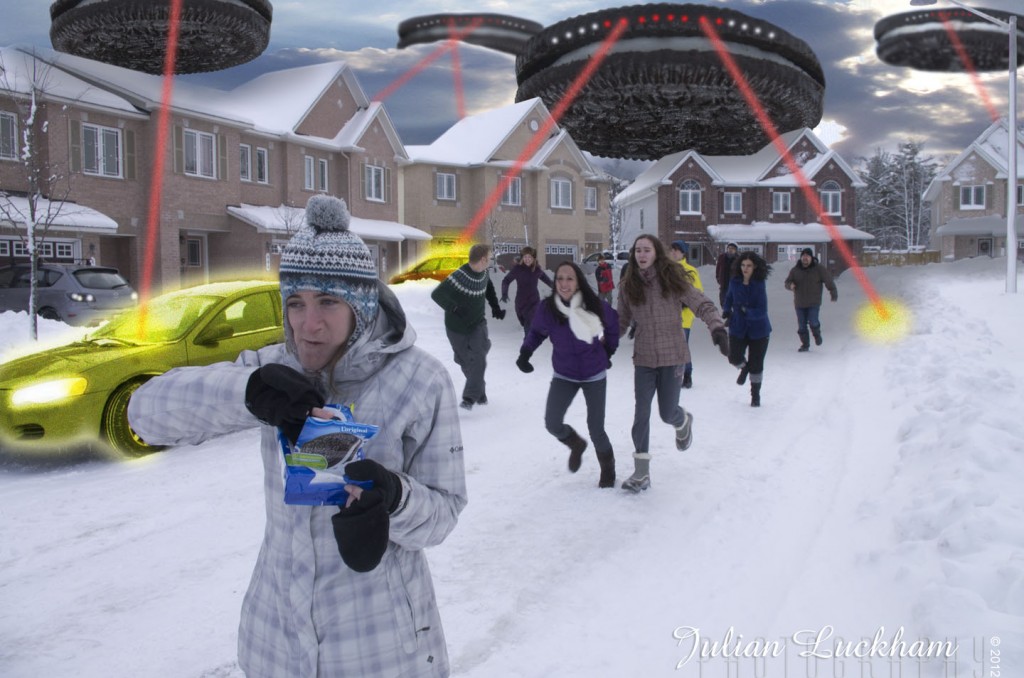 What if December 21st, 2012 wasn’t the end of the world, but the beginning of the return of the Mayans? The Mayan civilization was technologically ahead of it’s time, being the only civilization that knew the Earth was round at a time when the rest of the world believed it was flat. The Mayans were more advanced than any other civilization in the study of Astronomy, being the first to demonstrate knowledge of the Orion Nebula. So, what if the reason their civilization mysteriously disappeared around A.D. 900 was because they left to explore the universe… to seek out new worlds and new civilizations, to boldly go where no Mayan had gone before… sorry – it just happened. Maybe the Mayan calendar wasn’t just a calendar but a schedule of the Mayan’s fleet of intergalactic space ships and that the date 21.12.12 was their scheduled return… to Earth. And maybe, just maybe, when they arrive they won’t be happy with what we’ve done with this planet, they might even take offense at our sacrilege in creating a cookie that looks a little too much like their calendar (or their ships), which was a sacred part of their civilization. This illusion is loosely based on what some have interpreted the Mayan Calendar, and other ancient texts and hieroglyphics, to predict – the return of the Gods or aliens on the winter solstice of 2012, when the Earth’s axis is pointing straight to the center of the Milky Way, to “reorganize what they once created”.

This is all just a bit of fun, but seriously… instead of fiddling while Rome burns, or eating cookies while Ottawa is invaded, take a moment to find the truth in all that you read, the truth behind the Mayan Calendar is that the Mayans believed that the Earth would attain some kind of synchronization with the universe by A.D. 2012. One of the real Mayan predictions is the Harmonic Convergence Prophecy, which states that the so-called Age of Materialism must end in 2012.

Let’s hope on that one, that they are right!

This is my What if Weekend Photo Illusion for week 37 of my 52 Weeks Project! Thanks to Catherine Mary Clark, Ryan Clark, Marissa Kimberley Clark, Vicki Mavraganis, Allen Roulston, Kirin Emily Ewins Roulston, Kyle Waddell, John Seed, Dan Desmarais, Graeme Hay and Caitlin Luckham for participating in this Illusion which, considering they had no idea what the Illusion was about, I think they did a pretty damn good job!

This 52 Week Project is part of a new endeavour of mine I call Photo Illusionism, one photo illusion every week for 52 weeks, check out the web site and “Like” my page on Facebook. And remember, if you want one of your own photo illusions, send me a message and let’s talk… I have 15 more to do!