As you know, many businesses have had to shut down temporarily, or even permanently, due to COVID. During the pandemic I managed to stay afloat due to one of my oldest clients, whom I’ve worked with for about 15 years, that have not only continued to keep working through the pandemic but help people the world over on so many fronts, but that story will be for another post.

This post is about my oldest client, whom I’ve worked with for almost 20 years. During the pandemic they had to suspend operations for two years and during that time they managed to survive despite the turmoil. Now, to put this in to perspective, the Ottawa Film Society is Canada’s oldest film society, they’ve been around since 1935 when the world was in the midst of the Great Depression. Without fail, since its inception, the OFS has presented quality films every year. But, good news film buffs… the Ottawa Film Society is back!

Over the past couple of weeks they’ve been working on putting together a mini-series format for September to December for both their International and French Series. A total of 10 films over 4 months, compared to 72 films over 9 months, which was what they would normally show every season. The plan, if this first mini-series succeeds, is to put together another set of films starting in January where they hope to expand the series if there is sufficient demand. So far things are looking good, the two mini-series were announced less than a month ago, the revised web site launched about a week ago and the International Series has already sold out!! Welcome back OFS!!!

As already mentioned, Luckham Creative has proudly been doing the OFS web site for 20 years now, I usually do a yearly overhaul for every season of films and have redesigned the site a few times over that period, and I maintain the web site on a regular basis, adding film review links as well as member voting of the films screened. And if you’re interested in looking in to the history of this non-profit organization, read the About page, and there’s a pretty healthy Archive of films they’ve shown over the years too, if you’re interested in digging deep. 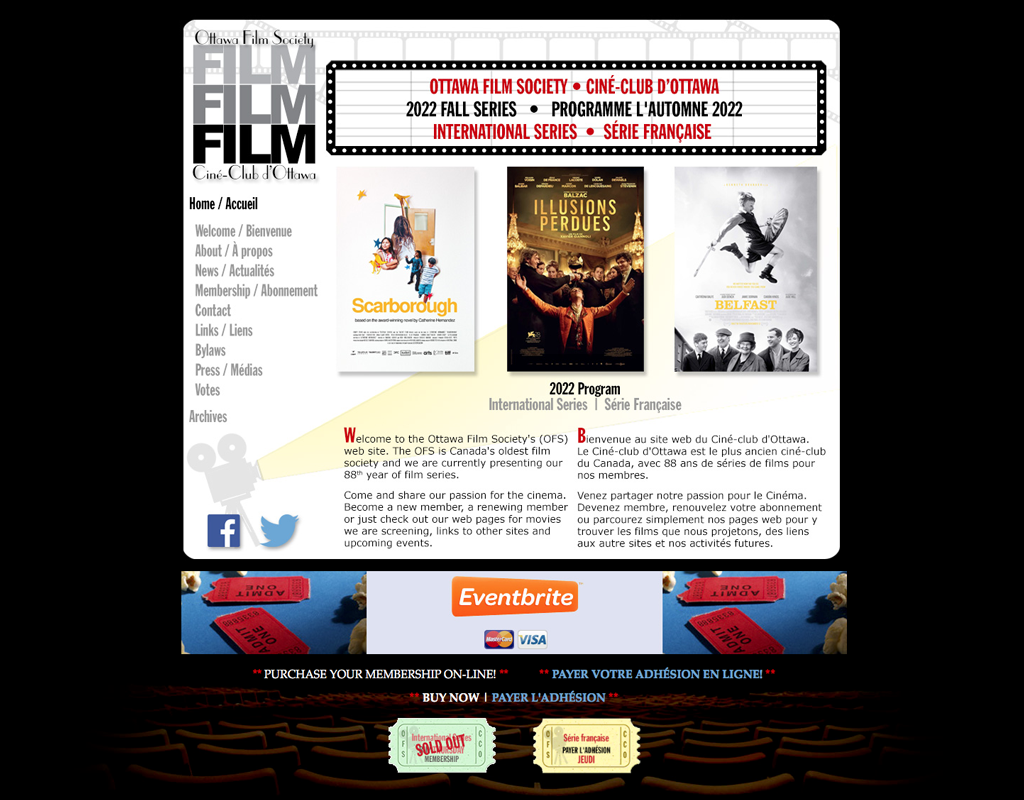